Phonics is an important part of reading where the child learns the sounds of the words as opposed to the graphical representation of them. Through phonics, the child also learns the relationship between the letters or groups of letters and their sounds. This is considered important

not only for the speaking and the pronunciation of the language but also in learning spellings and how to write words according to their phonics or sounds. 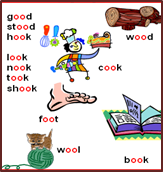 Phonics method was the general method of learning to read for generations, until about thirty years ago, when the ‘whole word’ method was introduced. The ‘whole word’ method introduced words to the children through flash card that had the whole word printed on it. This is also known as ‘sight reading’ method, because it uses the sight of the word for identifying it and recalling the sound that it produced and then reading it. This method may be useful only for the shorter words with one or two syllables that are the exceptions to the general phonic rules. Another problem with the ‘’whole word’ method is that it does not teach spelling directly and makes it more difficult for the learner to recall the spelling later.

The sounds in the English language usually conform to the general phonic rules. However, there are, as always, exceptions to these rules. When the teacher is able to deal with the conforming words first and the exceptions later on, the learners would be able to learn both easily.

It has been observed that not all children are able to learn phonics in the same manner. Some of them take longer than the kindergarten stage and may need regular help even as late as the third grade. Phonics is a boon for children with dyslexia and these children with special needs benefit by being able to identify the sounds and letters when they are taught together.

The National Reading Panel of the United States recently examined the research that has been carried out in the subject of teaching reading. This body comprising of experts from the field of literacy were requested by United States Congress to do this. Thirty-eight studies were selected based on the parameters laid out by the panel appointed for this purpose. These studies were closely reviewed and the conclusions were published.

The National Reading Panel concluded that the research highlighted phonics as a crucial element when the learner is beginning to read. The National Reading Panel recommended that a ‘systematic and explicit phonics instruction’, or in other words, phonics instruction that is direct and charts a precise course, is observed to be more successful when compared to unmethodical phonics instruction or nil phonics instruction. In the same way, they also found that this systematic phonics should be started at the very beginning stages of the child’s education because it develops the child’s skills in word recognition, spelling, and reading comprehension skills. Moreover, it was noticed that phonics benefitted all children who had reading difficulties, and even those who were from different socio-economic backgrounds.

However, it should be noted that phonics instruction is only a segment in the complete reading program meant for beginning readers. The other segments such as reading fluency, vocabulary development, and text comprehension should not be ignored for the beginning reading programs to be successful.

Phonics is still considered a controversial issue although most schools have started to use this system again. Writing a term paper on such topics could be part of your coursework. College essays like this on educational topics are important for students of education. Our college essay writing service has a stock of essay topics for your selection. Our paper help service can also edit your own essay to help you get high grades.