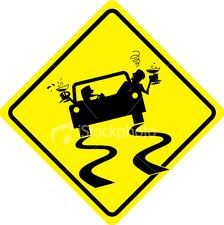 According to a report by the Xinhua News Agency, China holds the unenviable privilege of being the country with the highest number of deaths resulting from traffic accidents, consecutively, for the past ten years. And, the largest percentage of these fatal accidents is due to drunk driving.

Seen in the perspective of a rapidly developing economy with ever-increasing numbers of motor vehicles being added every year, traffic accidents too would naturally increase. But another perspective is the comparison of China with the United States: while China holds 3% of the world’s cars and 16% of deaths caused due to car accidents in the world, the United States, with 30% of the world’s cars has a much lower number of accidents and fatalities (China.com.cn, 2008). On an average, there are about 200-300 automobile caused fatalities everyday in China.

Professor Ding of People’s University of China, faculty of traffic management and engineering says that, “Driving under an inebriated state increases the possibility of accidents to 16 times more than driving without drinking.” Drunk driving citations in China run to millions per year. The China Road Traffic Safety Association points out drunk driving as being the foremost cause of domestic traffic accidents. China’s National Traffic Management Department says that in 2008, a total of 11,959 drunk driving accidents were caused in which 4,658 people died and 12,854 were injured. 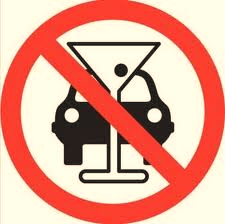 Surveys conducted on young people have revealed that 96.6% of them confessed drunk driving incidents, with about 44.4% of them having many such incidents. This survey, conducted by the Social Survey Centre of the China Youth Daily in 2009 also reports that most of the respondents regarded the constraints of public security awareness and legal consciousness as the causes of drunk driving, A large number of them also felt that the lack of respect for life in the conscious mind was another reason.

There is also another aspect to the rise in the drunk driving: there is a long-standing “wine culture” in China. Any occasion or no occasion at all calls for a round of drinks that cannot be refused by the guests as it would seem insulting. Even business lunches and office parties involve the consumption of a lot of liquor. Young men and women of China who are sharing the country’s prosperity, are caught between the enduring “wine culture” on one side and the eagerness to become part of the “automobile community” on the other.The result is drunk driving. No type of traffic management, safety awareness programs, ethics or law can wipe out this discord between the social trend and the “wine culture”.

Some counter-measures like the increasing the intensity of legal penalties, enforcement of monitoring, providing agent drivers to drive the vehicles back to the home, are difficult to implement because of the high costs and lack of manpower.

Writing a term paper on drunk driving in China and its consequences may be difficult for you with the lack of time and resources. However, our college essay writing service is ready to write an essay for you in as short a time as possible.You will not miss your marks for term paper writing when you use our paper help service.