Nielsen ratings are the ratings accorded to TV programs by the Nielsen company. Nielsen conducts a poll of a sample group of people who are in the habit of watching TV regularly. The participants in these sample groups are selected by Nielsen and consist of about 50,000 people in 20,000 family units.

Their TV viewing habits are recorded and passed back to the company at regular intervals. The participants are paid a token amount for their services.

The TV-watching habits of the participants are recorded on a People Meter that is placed near the family TV set. This meter records details such as what programs are watched and for how long and other actions as recording of programs, fast-forwarding and so on. The remote control that comes with the People Meter has buttons for each member of the family and the TV programs that are popular with the different members are recorded along with their other actions.

The data recorded by the People Meter is passed on to Nielsen every night. After the 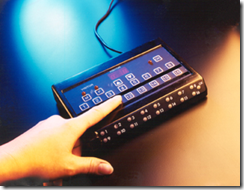 analysis of this data, various ratings are developed that include the live stream count, and the live + same day DVR numbers. These are the Nielsen ratings that are publicized through the press. The Nielsen ratings are important to the producers and networks of the programs and also to the advertisers who air their ads in the commercial breaks and sponsor some programs. The numbers in the Nielsen ratings represent the share of the total viewers in percentages. There are also other demographic ratings such as the age groups watching certain programs.

The Nielsen ratings are actually meant for networks to decide whether they want to continue with the program or scrap it, based on the viewership numbers and hence, the popularity of the show. However, critics argue that the Nielsen ratings are used by the advertisers to find out which programs’ audiences fast-forwarded their ads, so that they can decide whether or not to continue airing their ads during these programs or sponsoring them and also to set the prices for their ads. Thus it is the commercial aspect of these ratings that are the most frequently used. It has been observed may times that a show that is seen to be popular with the audiences is cancelled to their disappointment. It is evident that this cancellation could be due to the poor Nielsen ratings of the advertisements aired during the show and not the Nielsen ratings of the show itself.

Writing a term paper on Nielsen ratings and similar topics is easy if you have paper help. Our college essay writing service will also be delighted to write an essay on any topic of your choice. Just click the link to order custom-written college essays.